Fundraise | I’m Going on A Trip

Suzy McCall leaves SC for Honduras as part of a church planting team with SAMS supported by friends from her hometown of Barnwell, SC and Charleston, SC where she had served as Director of Christian Education at St. Philip’s Church.

Hurricane Mitch devastates Honduras in 1998.  As Suzy and members of her youth group in Tegucigalpa aid in the rebuilding, God births a dream for a new ministry, the LAMB Institute, a training center for Hondurans whom God is calling to missionary service.

The LAMB Institute is founded in 1999 as a recognized 501(c)3, and missionary training begins in early 2000 as the first class of six Honduran students are enrolled. They begin a three year curriculum of study and service in Flor del Campo, a desperately poor barrio in Honduras’s capital city, Tegucigalpa.

LAMB purchases its first property in December 2000 and classes relocate to this tiny house in Flor that God provided. One night, God gives Suzy in a dream, a picture of a school that LAMB would one day build.  Little did she know at that time, that the school would be built right where this little house sits and that it would be full to the brim with children! 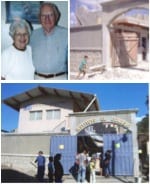 Barbara and Rowland Carlson build a school for LAMB. The Carlson’s ministry, Discovery Service Projects (DSP), put brick and mortar to the dream that God had given Suzy,  and in 2002, Instituto El Cordero (The LAMB Institute) establishes a permanent and bright presence in Flor del Campo.

God brings babies to LAMB!  In 2003, over a 6 month span, God brings four babies to LAMB who need safe, loving homes.  Suzy and other LAMB friends take in these precious ones.  It becomes clear that God is calling LAMB to expand its vision.

A Daycare & School are added.  DSP returns in the December 2004 to build a daycare and school. This is completed in February 2005.

God’s Littlest Lambs Children’s Home opens. LAMB’s first four babies have since been joined by 20 others whose young lives are marked by abuse and neglect.  LAMB rents a large home 30 minutes outside of Tegucigalpa in Las Tapias and the GLL Children’s home is open!

CAP – Through the efforts of Wheeler Conkling, a beloved long-term volunteer to LAMB, the Community Assistance Program (CAP) began as a food bank. Over time, 80 families from the program were transferred to microcredit where they could take pride in supporting themselves. Today, the legacy of CAP remains as a service to Flor del Campo, providing emergency assistance to the elderly or disabled in the community. 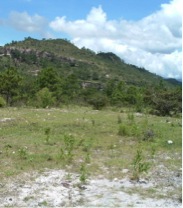 In 2006, God makes a way for LAMB to purchase  a beautiful tract of land in San Buenaventura (SBV), in the hills outside of Tegucigalpa.  God’s Littlest Lambs Children’s Home moves here in 2007 with 65 precious children now in our care.

LAMB hires first U.S. Staff. After 8 years of managing LAMB through the efforts of board members and volunteers, LAMB US hires Margaret Merritt to be U.S. Director of Operations!

LAMB opens a guest house, Casa LAMB, where teams can stay who come down to do building projects, medical brigades or other acts of service for the ministry. Profits from the guest house help fund the LAMB’s ministries, an early effort towards growing the self-sustainability of the ministry.

Alonzo – hope is birthed from tragedy. Alonzo, a bright, young LAMB intern and scholarship student is murdered by two local gang members. Through this tragedy, the Holy Spirit brings to life a movement that offers the youth of Flor an alternative to gang life that is so pervasive here.

Kitty’s Chapel is completed at the Children’s Home at San Buenaventura. Dedicated to the glory of God in loving memory of Kitty McKoy Trask and  Kitty Trask Holt, this sacred space serves as worship center for the Church of the Good Shepard, the congregation made up of the children whose joyful praise often rings out across the valley over which the chapel looks.

LAMB opens a Safehouse in Tegucigalpa offering hope and healing to girls who have suffered the horrors of human trafficking.

LAMB begins a microcredit program giving small loans to small groups of business owners which are repaid over a 12 week period offers hope and builds confidence to  many in Flor del Campo whose lives have long been defined by poverty.

LAMB digs well and gets abundant water! Phase I of the Water for LAMB Project is underway!

The Water Project at the Children’s Home is completed, providing abundant clean, safe drinking water to our children, many of whom are now living in homes with running water for the first time in their lives!